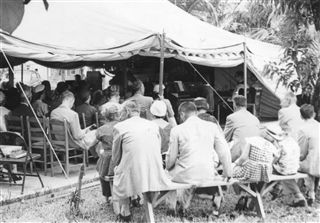 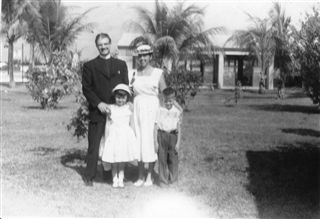 Brief History of St. Thomas Parish
1950    South Miami Episcopal Mission, meeting in Sunset Elementary School, began with 71 members.
1951    The was incorporated as St. Thomas of Canterbury.
Three acres of property were purchased on the corner of Red Road and North Kendall Drive.
1952    Services in a tent begun on the newly acquired property. The Rev. Arthur Jacob Rantz was called to be Vicar. When the Mission became a Parish in 1955, he became the 1st Rector, serving 24 years. 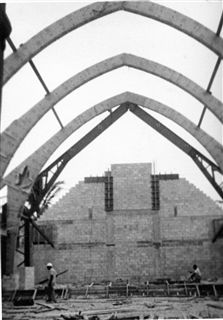 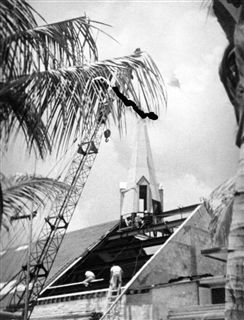 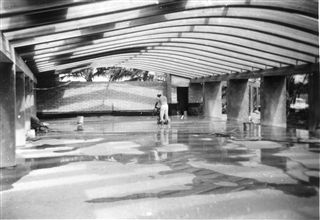 1956    The Parish School building was dedicated.
1960    The Sanctuary was completed and dedicated. 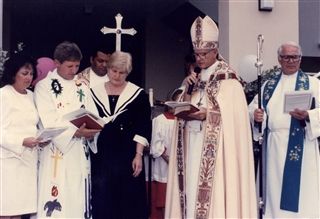 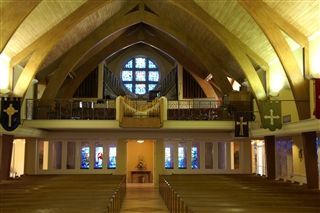 1997    The Sanctuary expansion and refurbishing, the loft, and the rebuilding of the organ were completed.
The purchase of land with a house for a New Rectory allowed the Old Rectory to become an Annex for Parish use.
The new was designed and completed. 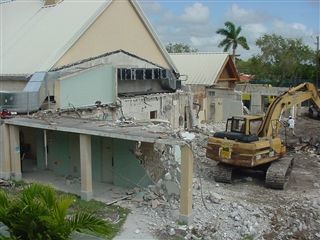 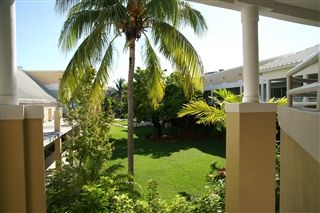 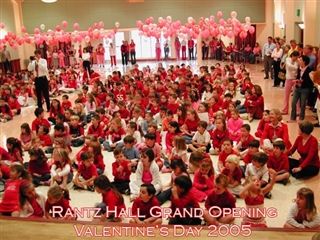 2004    Following a long period of deconstruction and new construction, the new building – including Rantz Hall, the kitchen, the stage, the Bedell/ECW Rooms, the Adrienne Propeck Youth Center, the Jarrell/Wheeler Library and Archives, the Marion Clark Counseling Center, the Music Room, and classrooms and offices – was dedicated.


2005    The first floor of the new building (named in 2010 the Roger M. Tobin Building) was available for use. The School celebrated on Valentine’s Day. 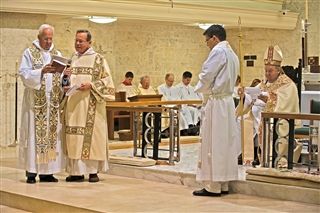 2009        The parish entered into a covenant with the City of Coral Gables and the neighbors defining property usage, including the development of a playfield with the “Larson property” at the east end of the campus.
2010        The Rev. Roger M. Tobin retired after being rector for 23 years in January.
The Rev. P.J. Woodall came as Interim Rector in February.
A capital campaign, Securing Our Future, and initial construction began, with project goals involving the playfield, landscaping, and fence/wall enclosures for the campus; paying down debt; and increasing the endowment.
2011        The Rev. Mario E. Milian, Associate Rector, was appointed as priest-in-charge of the parish. The Rector Search Committee was commissioned by the Diocese to begin the search process.
2012        The Rev. Mario E. Milian was installed as the 4th Rector of St. Thomas Episcopal Parish. 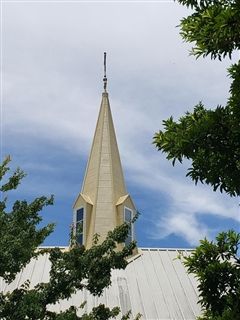 2018    The Rev. Mario E. Milian left to pursue graduate studies in theology in Spain. Interim Rector for the 2018-19 school year was the Rev. Richard Maxwell.
2019    The steeple – the “Golden Spire” – badly in need of repair as it approached 60 years, was repaired over the summer in a major undertaking.